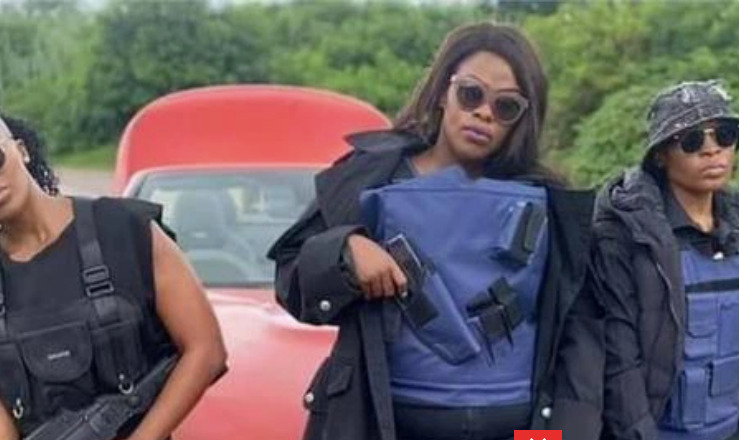 With the television show heading towards the end of the heist of the century featuring Uzalo’s first lady and star cast, MaNgcobo as the head of the heist, many people’s life become vulnerable. Suggesting that some of her gang members will be used as bait in the escaping plan.

You may also like:Uzalo: Nkunzi to Turn KwaMashu Upside Down for MaNgcobo’s Revenge,See What Will Happen

Mxolisi Hijacks A Police Helicopter On His Return During MaNgcobo’s Heist,See What Is Coming Up

However, the most crucial loss of the show is the arrests to incur when MaNgcobo will be held hostage by the Kwamashu police in an attempt to arrest her.

It is indeed true, MaNgcobo is leaving Uzalo and this heist marks her character and admires her hardship in withstanding guys like Khathaza, taking over from the likes of Ghxabashi. We can all agree that this woman is gifted.

The show has not decided which way to mark the end of her character, either death or arrest or maybe an escape to Mozambique. But her Character serves as an end and beginning to ever greater things.

The shows fans should expect the unexpected in line of their favourite character leaving in an awkward way, the returning duo of Mastermind and Mxolisi is one of the remarkable ways to show love and gratitude to the work MaNgcobo have put in the previous years. Mxolisi Hijacks A Police Helicopter On His Return During MaNgcobo’s Heist,See What Is Coming Up
Diep City 21 April 2021 Full Episode Youtube Video
To Top