The Soapie Teasers were initially provided by TVSA. This article was first published by them. This is what will be happening or What’s coming up on Generations The Legacy teasers October 2021:

We have the latest SABC1’s Generations The Legacy teasers for the Month of October 2021.

Coming up on Generations this October 2021:

Coming up on Generations this October 2021:

Tshidi realises her life just got a whole lot more complicated. A prominent minister informs Ben they have a problem on their hands. Gadaffi is beside himself after hearing what happened to his son.

Siyanda’s attempt to make peace doesn’t go the way he’d hoped. Fikile is furious when she realises she’s been played. Mazwi is perplexed at hearing what his great-uncle plans to do.

Pamela is not happy when a horde of uninvited guests arrive. Kabisi has a meltdown in front of all his guests. Pele makes a risky phone call, unaware he’s being watched

How does one say goodbye to ten years of marriage? Sphe shocks her ex to the core when she reveals the shocking truth. Gadaffi is ready to kill the snitch until he hears why he came.

Tshidi thought things were sorted but she couldn’t be more wrong. Mazwi’s star journalist tells him the truth but not the whole truth. Will Mpho pay the ultimate price for his betrayal?

Tracy is shocked by who shows up in the middle of the night. Siyanda learns he’s not the only one who’s been keeping secrets. Sphe is surprised when one of her least favourite people comes asking for help.

Kabisi makes a shock decision which leaves his wife reeling. Pele realises he and his protégé were played by the master player. Pamela insists all is well but her man can tell it’s not.

Langa catches Lucy in the act. Lesedi receives shocking news and isn’t sure how to feel about it. Mazwi sees a flirtatious interaction and jumps to the wrong conclusion.

To what lengths will a desperate woman go to save her marriage? How do you make peace with someone who’s already dead? Will Lulama agree to set up the man who harassed her?

Cosmo comes through for Lesedi when she needs him most. Pamela’s never been the kind of woman who shies away from danger. Will Tshidi find out too late not to mess with Langa Hlophe?

Will Siyanda find a way to get his wife out of danger? Mazwi gets blasted for sticking his nose where it doesn’t belong. Luyolo wants to support a friend but she keeps shutting him out.

Before you start plotting first make sure no one is listening in. Kabisi receives an urgent call from an irate minister but is it too late? Are Mpho’s words enough to get through to his friend?

Pamela panics when her husband reveals his plans for their future. Tshidi arrives home to earth-shattering news. Fikile feels the full force of Ben’s anger.

Siyanda’s lady turns the tables on him. Will Lesedi have the courage to go it alone? Langa spots a strange bottle and is suspicious about it’s contents.

Zondiwe talks the fire back into her daughter. Nkaba gets it from all sides during the press conference. Two ex-lovers share a moment that catches both off guard.

Luyolo isn’t looking forward to an impromptu dinner party. Sphe’s heart breaks when she has to relay bad news. Mazwi feels it’s time for the Morokas to get their hands dirty.

Tshidi gets a bad feeling when an urgent board meeting is called. Pamela knows her man is hiding something and wonders what it is. Mpho has to step in when a fight at the commune gets out of hand.

The Morokas might have won the fight but the war is far from over. Lesedi unwittingly sparks chaos at the shebeen. Gadaffi has come up with the perfect revenge plan.

Tracy is getting really annoyed with all the attention her housemate is getting. Luyolo advises to let sleeping dogs lie but there’s little chance of that happening. Sphe is floored when she is blackmailed into betraying those she loves.

Kabisi worries something unpleasant is about to go down at #Ezweni. The Diales are shocked when they finally hear the truth. Pele breaks the news no woman ever wants to hear.

Tshidi’s ultimatum is clear: bend or be broken. Lucy has never been good at eating humble pie. Cosmo takes his paranoia out on hapless Mbali.

One of the characters: Gog Zondiwe- Abigail Kubeka –  81 years

Abigail Kubeka who plays Gog Zondiwe is the oldest actor on Generations the Legacy. She is older than her co-star Ivy Nkutha who plays Gog Flo and occasionally has difficulties standing for several long periods of time. She was born on 7 December 1939 and is 81 years of age. Despite pains in her legs, she does not use a walking stick and is very fit and active for her age. 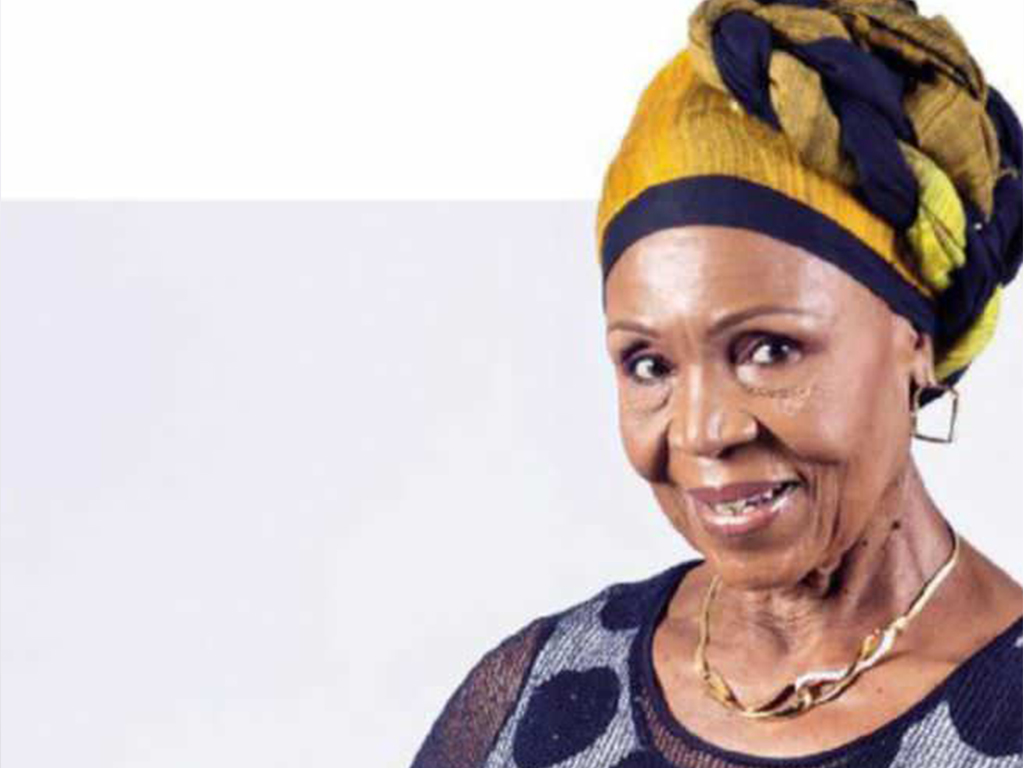 Continue Reading
You may also like...
Related Topics:Generations The Legacy, Soapie teasers