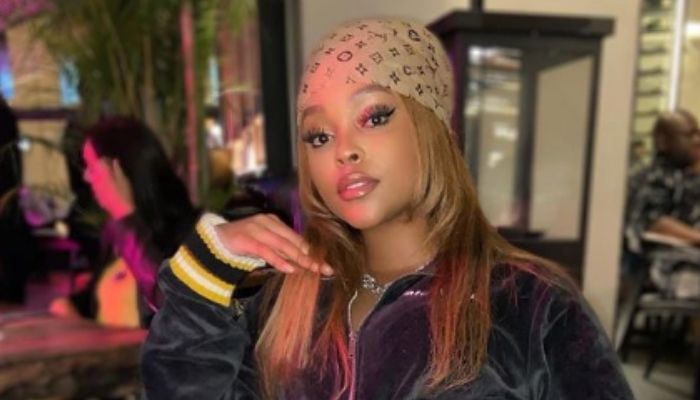 Nandipha Khubone is a gorgeous South African filmmaker and actress best known for her role as Sibongile on Mzansi Magic’s drama series Gomora.

Nandipha’s love for acting began when she was in primary school. She used to get small roles in plays in primary school. When she got to high school, she was participating in extra curricular activities like public speaking. She also participated in theatre and was excelling in it. Nandipha then decided to pursue acting as a career. After matriculating, she went to study filmmaking at the New York Film Academy in 2018 but came back home due to Covid-19. Nandipha continued her studies online.

Nandipha auditioned for a role on Gomora several times, she first submitted her own auditions and wasn’t chosen. She then sent it again through her manager and that’s when she was chosen for the role of Sibongile.

Sibongile is a 16 year old feisty daughter of Don. She arrived at Zodwa’s house with a bad attitude but she was quickly called to order by Zodwa and Teddy, who happens to be her half brother. Sibongile recently lost her mother and this resulted in her and her father Don, to move back to Gomora, where he comes from.

Continue Reading
You may also like...
Related Topics:Gomora, Nandipha Khubone

All You Need To Know About Former Uzalo Actor, Khaya Dladla
Get To Know Andile Mbatha AKA Bra Carter From House Of Zwide
To Top