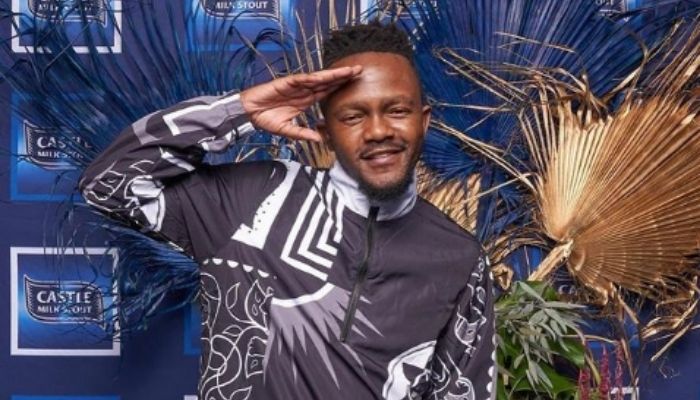 Senzo Brikka Vilakazi popularly known by his stage name Kwesta, is a prolific South African Hip-hop/Rap artist. He is currently signed to his own Independent media company known as Rap Lyf with Kid X.  Kwesta has released numerous hit songs like ‘Ngud’ , ‘Vur Vai’ and ‘Mayibabo’ among others.

Kwesta’s love and passion for music started at a very young age. He formed a music group in 2003 with a couple of his friends. At that time he was known as Quest. The group named “Ghetto Fellaz” later became known as “The Juvenylz” with other members joining in.

Kwesta later broke out as a solo act and recorded his first demo in his studio. His demo instantly caught the attention of Africa’s Most Southern Record Company (AMS), which led to him getting their permission to use their premises for recording his songs.

Kwesta after a while linked up with Buttabing Entertainment, co-owned by founding members Shugasmakx and Slikour. Ever since his debut, Kwesta has released numerous solo songs, collaborations and albums.

Kwesta since his debut has released five albums and one EP.

This is his debut studio album released officially in September 2010. The album was ranked platinum by RISA.

This is his second studio album, released officially on the 25th of November 2013.

This is his third studio album, that was released officially on the 26th of February 2016. The album later went platinum.

This studio album was released officially on the 4th of November 2016.

This album was officially released on the 30th of April 2021.

This EP was officially released on the 8th of May 2020.

Below are some of Kwesta’s best songs;

Kwesta is married to his beautiful wife, Yolanda Mvelase. They tied the knot in 2019. The wedding was later featured on his “Khethile Khethile” music video. They have two adorable children together.

Kwesta has gotten various awards and nominations since his debut including Best Male Artist of the Year, Highest Airplay of the Year (Ngud’) and Best Rap Album.

What is Kwesta’s net worth?

Kwesta’s net worth is estimated to be between 1 million and 5 million dollars. This is calculated from payments from show performances, album sales, Youtube views, endorsement deals, properties and investments.