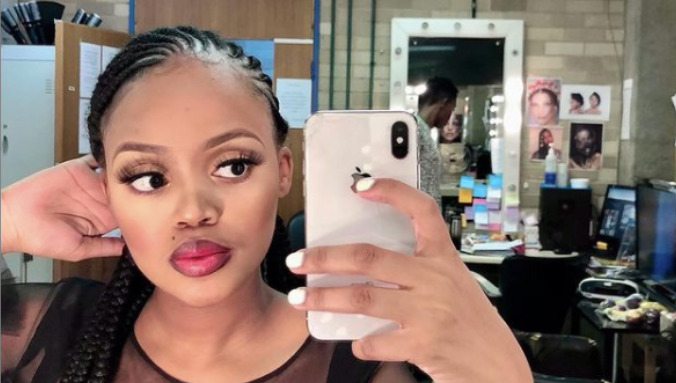 Luyanda Mzazi (born 28 May 1995) is a South African actress, MC, presenter, voiceover artist. She also earns from being a social media marketer. She has managed to gain the love of the soap opera, Generations: The Legacy viewers with her role as Lesedi.

In June 2020, the actress was pregnant with her first child. South African actress, Luyanda Mzazi was expecting her first child. This comes after Generations: The Legacy’s spokesperson, Gaaratwe Mokhethi revealed on DRUM magazine that the sultry actress is currently on maternity leave and is no longer on set, shooting scene

Did luyanda Mzazi give birth?

The Actress Had Her First Child At A Young Age.

After the needed confirmation from Mokhethi, nothing was heard again about Mzazi’s pregnancy until the time she reportedly returned to Generations after giving birth to her baby.

Where does Luyanda Mzazi come from?

She hails from Johannesburg and is active on social media where her love for food was made evident. The popular figure is a co-founder of Paving Forward, a Nonprofit Organization, as her IG account reads.

She shared in an interview that food was a commonality between Luyanda, her real-life personality, and Lesedi, her on-screen personality. Her amazing talent has given her a space on the list of notable personalities in the entertainment industry.

Luyanda discovered her talent in acting and joined the industry at a young age. She landed her debut major role in acting when she was nineteen. She had always had a passion for acting and could be traced to her days in 8th grade.

Apart from acting, she is also an ambassador for JAM (SA). The organization tries to offer support with foods, sanitary items, and other necessities to children in need.

She is also an ambassador of Glam Hair. Her social media presence comes in handy when it comes to promoting products for top brands.

Her date of birth is on 28 May 1995 and she hails from Johannesburg, the largest city in South Africa. Luyanda Mzazi is 25 years old.

She attended the National School of the Arts, at the institution, she ran a five-year program. Luyanda is a student at the University of South Africa (UNISA).

Online sources covered that her father is a notable personality in the entertainment industry. However, the much-loved actress rather remains cagey on his identity.

After being asked in interviews, she refuses to reveal the identity of who her father is. Perhaps, she doesn’t want her parents’ fame to define her achievements in the industry.

Rumors circulated like while fire that the actress was pregnant. To confirm her pregnancy status, a spokesperson to SABC1 Gaaratwe Mokhethi took it to Drum Magazine.

It is no shock that the secretive actress refused to reveal the identity of the baby daddy. Because she rather maintains a private way of life, she is yet to share info about her baby’s father.

Celebrities have adopted the idea of sharing amazing lifestyles and moments with followers. The actress is no exception, though she has a ‘grade A’ in keeping her private life out of the public eye, she still engages followers with her post.

She boasts of over six hundred thousand followers on Instagram. Luyanda’s pictures and videos receive engagements from followers who enjoy what she does. She also never fails to wow fans with her unique style of dressing.

If stunning were to be defined in two words, that would be Luyanda Mzazi. The young and beautiful actress has also built her social media presence with her stunning look.

Luyanda Mzazi has grown to be a much-loved television and social media figure in South Africa. The fast-rising star has gained the love of her fans and followers through her uniqueness.

Her role as Lesedi on Generation brought her fame and she has managed to remain relevant in the industry ever since. Humility is a character that has helped take her this far.