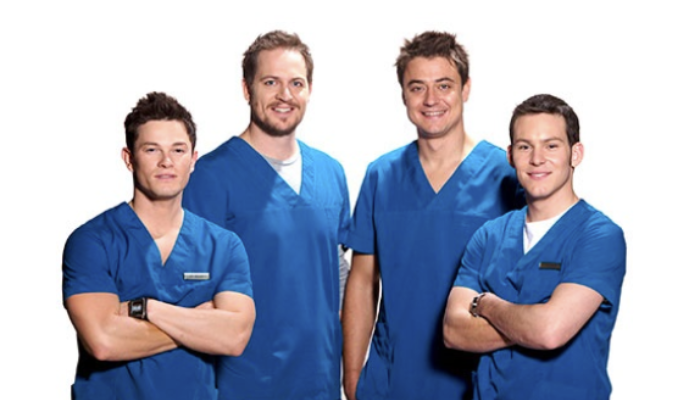 soapieteasers brings you the Binnelanders Teasers September 2022. Feel free to catch up on your favorite South African Drama TV Shows Today SA Tv. Presenting you with the latest news and Tv episodes free online streaming is what we do.

The Soapie Teasers are provided by TVSA. This article was first published by them. This is what will be happening or What’s coming up on Binnelanders this September 2022:

Coming up on Binnelanders in September 2022:

Naomi’s plan receives support from an unexpected source, and Tracy is not happy with Conrad. Helena is a problem for Vicky, while the relationship between a mother and father is damaged.

Eventually Joline and Zee agree on something, and Ben is not going to allow Andries to stand in his way. A grandmother doesn’t miss anything, while Danny comes to a fork in the road.

Conrad stuns Tracy with his decisions, while Danny seeks advice from Zee. Andries doesn’t hold back, and Helena poses uncomfortable questions. The perfect position is filled by an imperfect candidate, while Tracy talks to Uys about what she saw and knows.

Tracy discusses her concerns with Steve, while an emergency causes different moods. Danny realises that big answers don’t have to be difficult, and there are mixed reactions to a great idea. Helena decides that everyone should get together for a change, and Andries wants to see Conrad.

The big move to Conrad’s delivers more than one surprise, while Helena only has love on the mind. A notebook and pen makes Delia wonder, while Steve needs to have a serious discussion with the kids.

Danny needs to learn that decisions have consequences, and Tracy can no longer bite her tongue in front of Helena.

Rita starts to see the bigger picture – and then she has to deal with Ben. Louis is concerned about Conrad’s relationship, while Steve admits something to Annelize. The fashion parade receives attention from those that remember, and Naomi has empathy with Rita.

Rita is aware of a system that is happening right under her nose – and then she has to take someone to task. Gaby blows off steam concerning Annelize, and Karen is worried about Liam. A secretive Chanel gets out of a weekend away. Tracy plays open cards with Delia, and Zee asks Danny for advice.

Rita is not happy with a call that she receives. Steve realises how lonely Annelize is. Louis’ line of questioning makes Delia explode. Chanel wants to get rid of unnecessary belongings. Tracy tells Conrad about a conversation that she heard.

A friendship begins to bother Gaby, and Rita starts to find out more about Ben.

There is more than one reason for Andries’ rebellion. A car’s price causes tension, while Rita considers her resignation strongly after a scary meeting. Zee receives a message from her ex, and Annelize’s invite causes frustration for Rian.

Ben has an honest conversation with Rita. Lexi’s eyes don’t miss a thing. Chanel tells Naomi everything, while Rita and Delia have an honest conversation regarding Andries and Louis. The night isn’t off to a great start. Louis is upset by what he sees, and Rita doesn’t want to get entangled in someone else’s plans.

Danny admits something to Lexi. Rian has a plan to rid himself of an uncomfortable situation. Writing upsets Andries, and Rita is not the only one that can supply information. Zee tells Danny about Niel, and Delia has a surprise for Rita.

Car keys are not the only thing that aren’t where they should be. Zee’s car problems are not something of the past. Conrad wants to take Tracy out to dinner. Danny makes a date to talk, and a plan is discussed in the finest of details.

Gaby comes to a new realisation regarding Annelize, while messages uncover the truth. Louis slings accusations left, right and centre. Nina is the cause of real support, while Chanel tells Danny the truth. Conrad is unsure about how to break the news, and Zee’s accusations know no bounds.

Impulsivity can ruin a man. An apology could be a step in the right direction. Conrad is putting the pieces of the puzzle together – albeit slowly. Delia receives a call that upsets and concerns everyone. Uys offers to look at Zee’s car, and Gaby makes a suggestion concerning living arrangements.

Esmé makes an unexpected appearance, and Delia wants to take control of the situation. Gaby has a new question to give Karen sleepless nights. Jonas doesn’t bite his tongue at all, while Zee chooses a swift getaway when she hears her name in ER. Unsteady feet lead to a shocking kiss.

The family makes a decision on their next move. AJ has a big surprise! Conrad admits his hopelessness to Tracy, and Gaby hears different accounts of the same event. Zee is shocked in what she hears from Niel, while Louis is determined to do things his way.

Louis’ drive is interrupted by a call. The cause of Niel’s pain is a mystery, and Annelize’s computer forces her to ask for help. Danny and Chanel have a difference of opinion regarding Niel, while Rita is not the only one that fears for her life.

Delia doesn’t hold back. Gaby tells Karen how she really feels, and Niel causes someone to take control of his own actions. Peacemakers are everywhere, but what about peace? Danny asks Zee about Niel, while Louis is ready to take on the guilty.

Conrad gets a last warning, while Liam makes an impression at work. Tracy is not happy with what she walks into, and Liam starts to think that his decision was a mistake. Conrad and Steve are worried about Annelize, while Niel forgets to bite his tongue. Louis gets it from Naomi, and Chanel is in for a big surprise.

Chanel gets to hear a different version of Zee and Niel. Zee and Liam begin to wonder about rumours that are circling. Delia and Tracy’s work is cut out for them when it comes to different viewpoints.

Delia is definitely not someone to mess with, and Chanel and Danny have a falling out concerning a doctor. Dawid Opperman’s unexpected visit leads to a discovery.

Dawid only has one goal in mind. Conrad doesn’t want Jacques’ assistance with his ‘problem’. Trauma is the reason for a discussion – but then the subject changes to absenteeism. Liam reads Niel the riot act, and Louis is upset with Delia’s deeds. Rita is forced into a corner.

Delia discusses her problems with Conrad, and Zee begins to wonder about Danny’s theory. A warning leads to suspicion – and a call to Jeremy Gavins.

Danny notices something remarkable, while a conversation leads Naomi on a different path. Tracy discusses her suspicions with Naomi, and an acting deputy head of ER is appointed.

A parcel causes panic. Jeremy is more than ready for his story – but he is going to need help. A conversation concerning a phone call makes someone see red.

Conrad and Annelize wonder how they can get Rita to work with them, while Jeremy confronts Dawid. Andries wants to see Louis, and Annelize thinks now is the perfect time to trap At.

Episodes of Binnelanders air on kykNET Mondays to Fridays at 19h30. The omnibus airs on kykNET on Saturdays from 09h30.

Here Is Why DiepCity Has Been Cancelled And The Last Episode Will Be On This Date
Scandal!’s Gloria and Caiphus Wedding Pictures
To Top