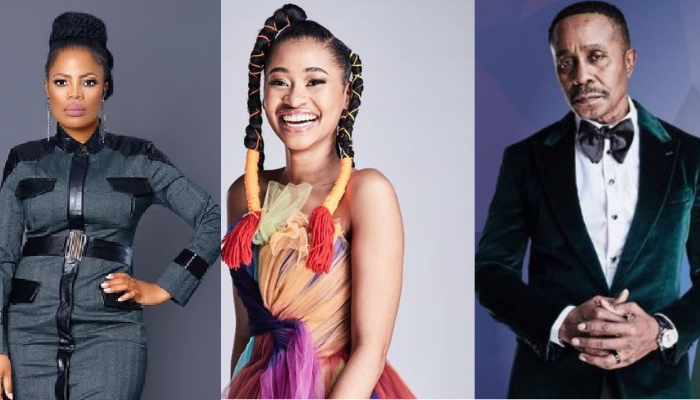 Celebioza soapieteasers brings you the House of Zwide Teasers September 2022. Feel free to catch up on your favorite South African Drama TV Shows Today SA Tv. Presenting you with the latest news and Tv episodes free online streaming is what we do.

The Soapie Teasers are provided by TVSA. This article was first published by them. This is what will be happening or What’s coming up on House of Zwide this September 2022:

Coming up on House of Zwide in September 2022:

Funani and Nkosi are dismayed to learn that Faith’s psychological breakdown could result in her trial being delayed while Molefe’s heartfelt words to Ona result in Rea finally forgiving him.

To ensure that Faith isn’t faking her symptoms Funani brings in his own psychologist to evaluate her while Nomsa decides Sandile can stay with Soka as long as he pays rent.

The Zwide’s brace themselves for the report from the psychologist, while Molefe and Dorothy decide to take their relationship to the next level.

Mavuso has a radical proposition for Funani, while Soka has a suggestion to fix Sandile’s unemployment woes.

Under pressure, Funani is given one final chance to change his position. Sandile believes he’s messed up a job interview, but gets surprising news.

The DTI deal is in jeopardy and Funani decides to finally pay Faith a visit. Meanwhile, Sandile faces his first challenge at his new job.

Funani discovers Rea has been keeping a secret from him while Sandile is forced to confess the truth about his job to Zanele.

Faith struggles with the weight of Funani’s request while a healthier Isaac tries to reach out and talk to Ona.

Funani and Faith have an emotional showdown, while Rea suddenly finds herself caught between Ona and Keletso.

Funani realises his new deal has consequences for the Molapo’s, while Molefe pretends everything is okay with Dorothy before threatening Sandile.

Funani is ready to move on, but Mavuso informs him they have a problem while Ona takes out her frustrations on Keletso.

Funani and Laz come to grips with the fact they’ll be going up against Alex Khadzi while Ona tries to run away from her troubles yet again.

Funani and Nkosi continue ignoring each other as Alex Khadzi comes crashing in the world. Meanwhile, Molefe asks Dorothy for a big favour.

Alex offers Funani the chance to step away from the DTI deal while Sandile struggles with the idea of backstabbing Ona.

Funani and Alex gear up to pitch to the DTI with the future of their companies in the balance and Sandile attempts to tell Ona the truth.

The DTI makes a surprising decision that leaves both Funani and Alex furious. Meanwhile Nkosi and Ona have an unexpected run in.

Alex and Funani have to come to an uneasy compromise while Ona finally learns about the DTI deal and confronts Funani for the first time.

Alex and Funani agree to begin setting up their teams meanwhile Funani attempts to reach out to Ona for the last time.

Funani prepares to move on from Ona as design assistant while Zanele and Laz begin their search for the next face of House of Zwide.

Ona assures Sandile that she’ll never return to Zwide, while both Shoki and Mampho eye the position of the face of House of Zwide.

Rea is left with no choice but to stage an intervention, while Zanele and Laz suddenly find themselves caught between Shoki and Mampho.

Ona gets food for thought from an unwelcome source while Nkosi learns his baby momma and girlfriend are vying for the same job.

Episodes of House of Zwide air on e.tv from Mondays to Fridays at 19h00.

Continue Reading
You may also like...
Related Topics:House of Zwide