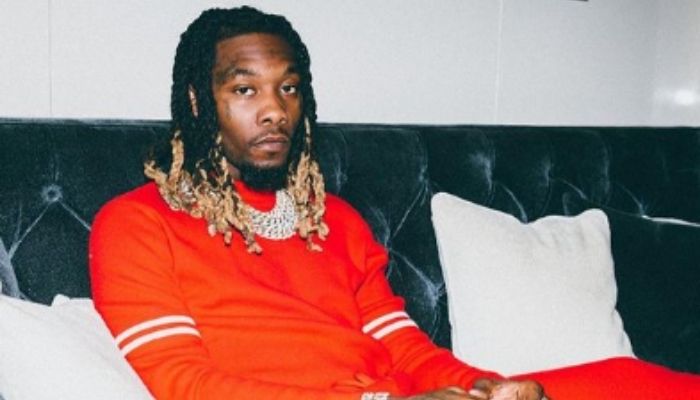 Kiari Kendrell Cephus popularly known as Offset is an American rap artist and songwriter. He is also a member of the Migos music group which comprises of Quavo and Takeoff; his cousin and nephew respectively.

Offset together with his siblings, Quavo and Takeoff formed the Migos music group in 2008. However, it wasn’t until 2013 when they released a single, Versace, did they gain global recognition.

Soon, their fan base sky-rocketed with many keen on the trap-group’s maiden album. Migos then released their debut album in 2015 called Yung Rich Nation. Their dope music videos also made them stand out, especially after releasing singles such as Bad and Boujee in 2017, which had huge engagements on social media that same year.

The song also topped the U.S Billboard chart, with the trio’s second album also making the top spot on the U.S Billboard 200 chart. Offset has also collaborated with other top music artists like Drake, Cardi B, 21 Savage, and Macklemore to mention a few.

On the 22nd of February 2019 Offset put out his first solo album, Father of 4, featuring Cardi B on a track titled Clout.

In 2016, the Migos starred in an episode of Donald Glover‘s series titled, Atlanta. Offset was part of fashion campaigns for designers such as Gosha Rubchinskiy, Bryce Barnes, and Lavati. Recently, Offset has invested in ESports Organization; FaZe Clan.

Who is Offset’s wife?

Offset is married to fellow rapper, Cardi B, on a private occasion held on the 20th of September, 2017. He decided to propose at a live performance held at Power 99’s Powerhouse in Philadelphia the following month.

Offset and Cardi B have two beautiful children together. However, Offset is also a father of three children, which he had with three different women.

Continue Reading
You may also like...
Related Topics:Migos, Offset