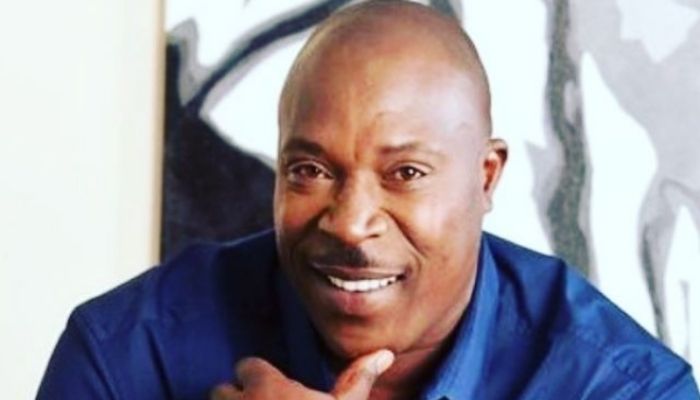 Patrick Mofokeng is a South African actor famous for his role as King Sibiya on the SABC1 drama Zone 14. He is a veteran who has been in the television and film industry for over two decades. Patrick currently plays the role of Brian Bhele in Netflix’s Blood and Water.

Where is Patrick Mofokeng from?

Patrick Mofokeng was born in Cape Town South Africa on the 15th of June 1969. He grew up in Cape Town but later moved to Johannesburg. At the height of his acting career he moved back to Cape Town where he currently resides.

Where did Patrick Mofokeng study?

Patrick mofokeng is a professional actor who graduated from CAP Arts School with a Diploma in Drama and Speech.

When did Patrick Mofokeng get a breakthrough?

Partick Mofokeng made his television debut in 1997 film, Pride in Africa. In 1998 he appeared in Jackie Chan’s film, ‘Who am I’ where he played a minor role as a Village hunter.

Which shows has Patrick Mofokeng featured in?

Patrick also made guest appearances in Yizo Yizo Season 3 as Toffolux, in Stokvel season 8 as Zwane and in The lab season 1 as Pule. He also briefly appeared in ‘When we were black’ as Rev Serote, in Shreds and Dreams as Mvuthuluka and in Izoso connextion as Magic.

Who is Patrick Mofokeng’s Wife

Patrick Mofokeng keeps his personal life very private, however, we do know that he is married but he has not disclosed his wife’s personal details.

In Blood and Water, Patrick Mofokeng portrays the role of Brian Bhele who is the father to Fikile Bhele (Khosi Ngema). He is in the middle of a child abduction case as Puleng khumalo suspects, his daughter Fikile, might be her elder sister abducted at birth.

What is Patrick Mofokeng ’s Net worth?

Patrick Mofokeng has a net worth of US$100 – US$500 000. He generates his money from his acting career and other sources of income.

Continue Reading
You may also like...
Related Topics:Blood and Water, Patrick Mofokeng