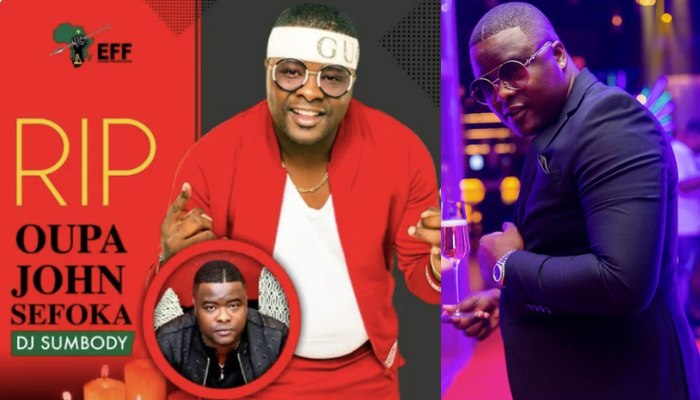 Dj Sumbody was brutally murdered in the early hours of Sunday morning in Johannesburg, as he was driving from Woodmead Cafe. However his family doesn’t want to disclose the cause of death, but they were a little too late, as the photos of the crime scene were already leaked on social media.

However as the pictures of the crime scene were already exposed on Social Media, people went to spot that there were dozens of bullet holes in the windows of his cars, and the reports are stating that he and his driver were shot 48 times by an alleged robber.

However, after spotting the bullet holes in the window of his car, people are now suspecting that what happened to him, wasn’t a robbery but an assassination. Many people are suspecting that something bad must have happened at that cafe and people must distance themselves from that cafe.

“It is believed that Oupa John Sefoka aka DJ Sumbody & his driver were shot at least 48 times while in the car. Stay far away from Woodmead news cafe. Woodmead NewsCafe ke satan himself straight,” tweeps said.

Continue Reading
You may also like...
Related Topics:DJ Sumbody