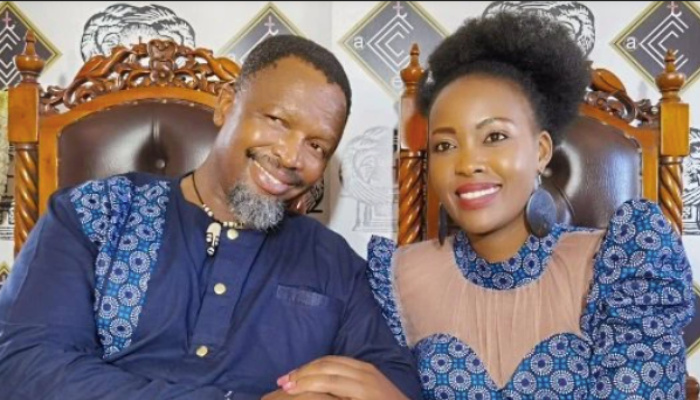 Maake ka Ncube was born in Orlando East, Soweto, South Africa. He later moved to Atteridgeville, Pretoria, where he grew up. He changed his surname to Maake kaNcube in honor of his stepfather and his biological father. He holds a Master’s degree in script writing from the University of Leeds.

Sello Maake Ka-Ncube joined Skeem Saam as Ntate Kganyago. He has been dupped as the godfather of small screens. With an illustrious career spanning years, he has managed to wow, Mzansi with his unmatched acting flair. From making all sorts of headlines with his lead role on Generations as Archie Moroka to nailing his Kgosi character on The Queen. However, in the mix of things, he has also wowed Mzansi and the world at large with his on-screen characters as Mufasa in the production of The Lion King and Shakespeare’s Othello. The women of Turfloop can’t hold themselves when they see Professor Kganyago. He’s a handsome man with a good title of course. Mantuli developed a crush on him immediately when she first saw him and everyone could see that she was madly into him. In real life Professor Kganyago the man of the moment, AKA Sello Maake Ka Ncube is a happily married man who celebrated his anniversary last month. Sello got married to his wife Pearl Mbewe in 2021 and they are enjoying their marriage despite their 22-year age gap. Just like his character on Skeem Saam, Kganyago has found love at an old age. Continue Reading
You may also like...
Related Topics:Kganyago, Skeem saam

DJ Sumbody Was Not Alone In His Car, There Is Another Person Who Was Shot – See The Truth
To Top