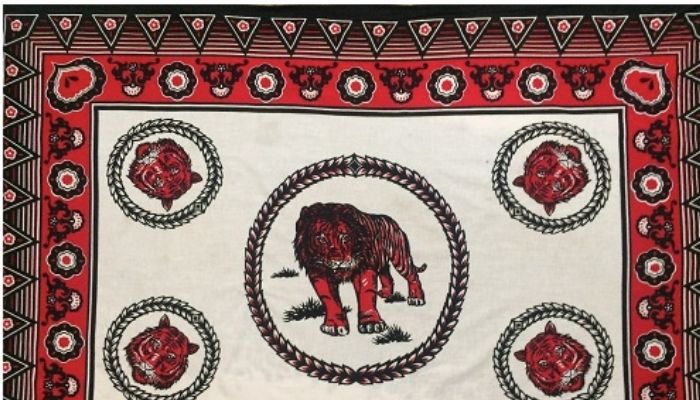 In the olden days, people would walk around with tokens, like animal skulls, nails, teeth, and skin to represent their spirit animal plus the ancestor they walk with. That was replaced with ancestral clothing called Amabhayi, not only do traditional healers have these fabrics, ordinary people have them too.

The journey of these clothes from manufacture to internment is unique in Africa. Redefining our perceptions of ritual items and their purpose.

The word “weaving” in South Africa can generally be associated with the indigenous production of grass baskets, beer strainers, and mats, rather than the manufacture of fabric.  Although examples of cotton fabric woven on a single heddle ground loom occurred amongst the Venda people in the Limpopo area and along the border of Mozambique in the late 1800s, this craft was possibly introduced due to Arab trade down the East coast, rather than being an entrenched tradition. Cotton weaving industries generally develop amongst people with sedentary agrarian lifestyles, not those primarily focused on animal husbandry, so predictably by the 1930s, the understanding of weaving technology in the Eastern region of South Africa slowly dissipated.

The white blanket represents uMndau/uMndawe ancestor, most people use candles and water to pray and phahla. The red one represents the Nguni ancestor and most people go to initiation school to become a sangoma. The yellow, green, and blue are for prophecy. 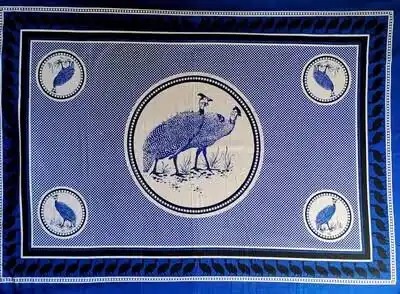 The ancestral cloth called iNjita details the type of ancestor you have. The red one is mostly for sangoma’s, the blue one is for uMndau/Umndawe along with the Maroon or brown one. To connect with these ancestors visit mountains and rivers. 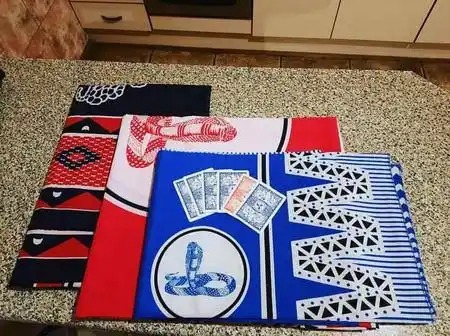 Peacock, chicken and other ancestral clothing with bird-like animals mean you have accepted your calling and you are ready to do your work. They represent fast ancestors that respond quickly when needed or when you call on them.

Ancestral clothing with a sun in it called iLanga represents the clearing of darkness and the appearance of sunshine and light in all you do. It also stands for rebirth and renewal. All darkness and chaos will now turn into light and opportunities. It means it’s time to rebuild. 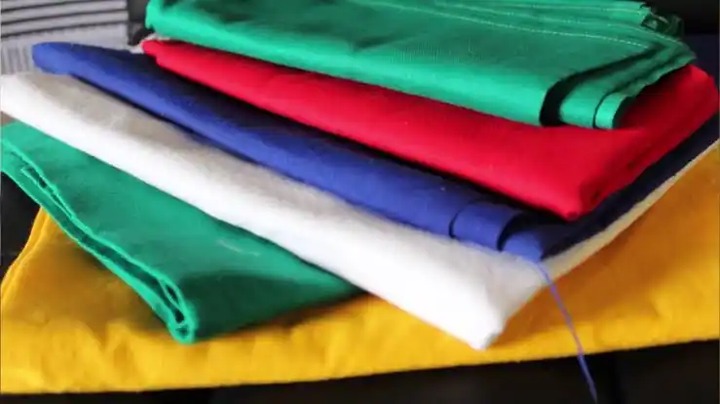 The black-colored ancestral clothing is for water ancestors like Nzuza, most of them are black and white, black and yellow, or black and gold. The black color is mostly worn by initiators called uGobela, the people who help and teach others about their spiritual gifts.

If you have been shown one of the mentioned ancestral clothing then you need to get it, research if the one you want wasn’t mentioned above. There are a lot of them so it was impossible to mention them all, don’t give up if people don’t know the one you want or if you can’t find it, get someone to make it from scratch and be the first one to have yours.

Check out articles you might have missed about ancestral clothing with a lion and a leopard on it.

Meaning and use of ancestral clothes with a leopard on it.

Meaning and use of the spiritual blanket with the face of a lion.