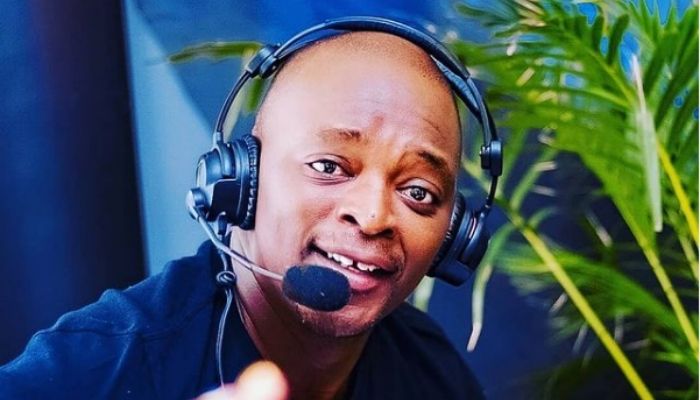 Thomas Msengana popularly called Bad Boy T is a well known South African radio show host, and disc jockey. He is best known for hosting the popular show, Lunch With Thomas and Pearl alongside Pearl Modiadie. He also recently began hosting the breakfast show, Thomas and Skhumba In The Morning on Kaya FM after announcing his exit from Metro FM.

Thomas Msengana first worked with Good Hope FM in 1996 alongside Mark Gillman where he started regional radio. Afterwards, he moved on to YFM following their launch in 1997. Thomas was one of the lineup of DJs at the new station. He left YFM in 2006 and joined Metro FM in the same year. He hosted the midday show (12-3pm), and then the breakfast show in 2007. He left Metro FM in 2009, and returned in 2018 to co-host with Pearl Modiadie. Thomas Msengana has also worked for 5FM and Kaya FM.

After previously being on Kaya FM, Thomas Msengana made a return to the radio station in May 2021. He and Skhumba were scheduled to host a brand new breakfast show which would replace the former one, Kaya Breakfast featuring David O’Sullivan, Thabiso Sikwane, and Jason Goliath.

Thomas Msengana is best known as the co-host of the popular afternoon show, Lunch With Thomas and Pearl with Pearl Modiadie. However, both Pearl and Thomas announced they would be leaving the show in 2021. Pearl revealed she would be taking a break from radio to focus on being a new mom and Thomas moved on to host the popular new breakfast show, Thomas and Skhumba In The Morning on Kaya FM.

Who is Thomas Msengana’s wife?

Thomas Msengana was previously married to Unathi Nkayi and they have two children together. Unathi is a singer, an actress and radio personality who is best known for being a judge on Idols SA. The couple got married on September 19th, 2009, but separated in 2017.

Currently, Thomas is not married but a little while after Thomas and Unathi divorced, news broke that Thomas had already moved on with a younger woman. The identity of the younger lady is still unknown and she is said to be in her 20s.