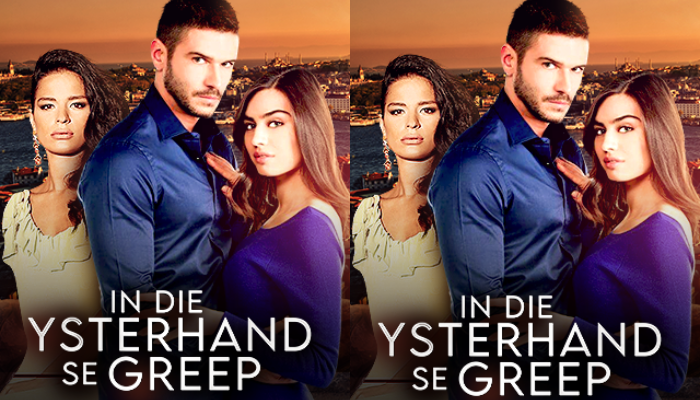 soapieteasers brings you the In die Ysterhand se Greep Teasers September 2022. Feel free to catch up on your favorite South African Drama TV Shows Today SA Tv. Presenting you with the latest news and Tv episodes free online streaming is what we do.

The Soapie Teasers are provided by TVSA. This article was first published by them. This is what will be happening or What’s coming up on In die Ysterhand se Greep this September 2022:

Coming up on In die Ysterhand se Greep in September 2022:

When Yigit sees Nur and Kerem at the altar getting married it becomes the moment that he rescinds his statement of “I will never give up”, and he gives up. Nur is sorry for the move that she has just made.

Aytul is willing to do anything for Iclal’s happiness, even if it means causing Nur to lose her baby. Aytul’s plans go awry and it almost costs her her daughter’s life.

Nur rents the house next door in order to be closer to Yigit. Her only goal right now is to win him back. In order to accomplish this, she convinces Cahit to hire her as his secretary.

Yigit decides to let Elmas stay on for the sake of Hafize. He is bitter about the fact that Nur never told him about their baby.

As the relationship between Nur and Yigit is still on shaky ground, a Turkish businessman who represents the German company of which they are going to become partners, arrives and he recognizes Nur, once again causing friction between the couple.

Nur and Yigit take on each other. Nazan, Aytul and Iclal relax at the Spa. Tayyar loses his temper and Nur signs her first modelling contract.

To Yigit’s dismay Nur finally decides to become a model and moves from the guest room in the main house to her aunt Hafize’s apartment. Iclal suspects everybody is hiding something from her.

Nur and Firad go on a business dinner to the same restaurant as Yigit and Iclal. The ripple effect of that evening’s happenings is immense.

Iclal makes an incredibly upsetting discovery. Nazan has Aytul in her grip.

Aytul is worried that Nur has spilled the beans to Tayyar and Hafize, but then Yigit confesses that it was he who told them. Nur enjoys her new job very much.

Iclal grows suspicious of Nur, and makes a devastating discovery. Firat refuses to help Elmas, so she pays a late-night visit to Cahit at his office.

Nazan struggles to get hold of Cahit to tell him about Iclal’s pending doom. Iclal on the other hand has information about Yigit that gives her the upper hand. Yigit is left confused.

Firat tries to play with the big boys. Iclal is determined to keep her family together.

Cahit confronts Elmas about the video of the two of them snogging in his office. Iclal meets up with an unsavoury figure from the old neighbourhood to execute her dastardly new plan to have Yigit all to herself.

Iclal didn’t know that Yigit was still on the yacht when she arranged the explosion. Aytul is furious about the fact that Iclal hired a great enemy to execute the sabotage.

Aytul and Iclal have to find millions without Yigit finding out. Nur gets another modelling contract and discovers a secret. Firat declares his love.

Episodes of In die Ysterhand se Greep air on kykNET & Kie from Mondays to Thursdays at 17h30.

Kind Van Die Noodlot Teasers – September 2022
Next Up On House of Zwide 2 Teasers September 2022,To Ensure That Faith Isn’t Faking Her Symptoms Funani Brings His Own Psychologist To Evaluate Her
To Top