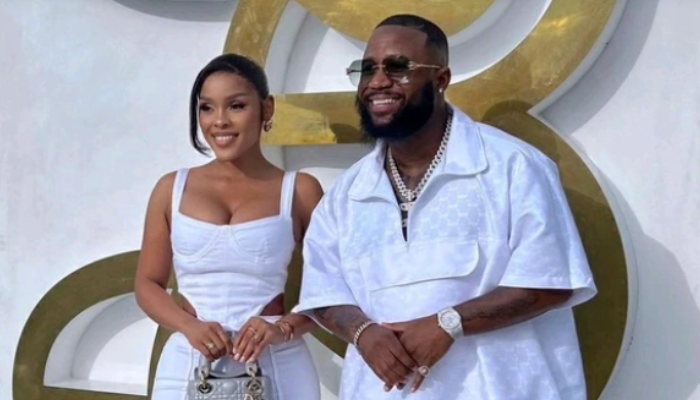 Refiloe Maele Phoolo (born 16 December 1990), professionally known as Cassper Nyovest, is a South African rapper, songwriter, entrepreneur, record producer, and amateur boxer. Born and raised in Mahikeng, North West, he is regarded as one of the most successful artists in South Africa. In 2014, he established his own record label, Family Tree Records. Nyovest rose to fame with the release of his debut studio album, Tsholofelo (2014) which produced the hit singles “Gusheshe” and “Doc Shebeleza”.

Cassper Nyovest, a successful rapper and businessman, celebrated his birthday yesterday with an all-white party at his estate.

Even though this was his second all-white party, it was just as big and he invited the same number of guests—including some of his celebrity pals. On Instagram, he documented the party’s buildup and the arrival of attendees.

The food and decorations both exceeded expectations. Cassper posted films showing chefs at work in his kitchen, indicating a high quality of cuisine was available. They also planned several seating arrangements so that people wouldn’t have to all sit in the same location.

Others who attended the party, including Somizi Mhlongo, Babalwa Mneno, and Thando Thabethe, also posted about it on Instagram.

Most of the attendees were obviously wealthy, as seen by the video displaying the expensive cars they drove there.

Continue Reading
You may also like...
Related Topics:Cassper Nyovest