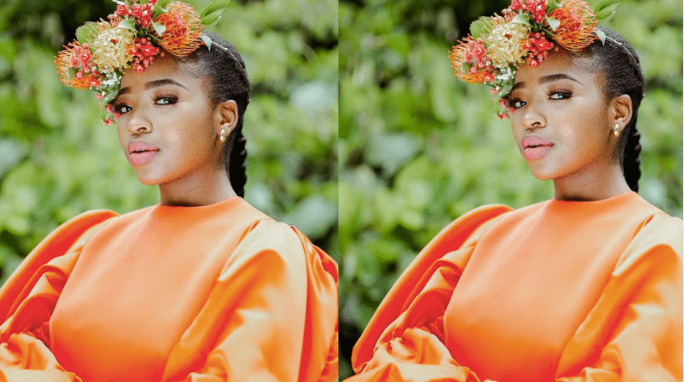 Thuthuka Mthembu (born on 28 October 1998 in Johannesburg) is a South African actress. The actress became famous for playing the role of Nonka on Uzalo, an SABC 1 series.

On Uzalo,Nonkanyiso, played by Thuthuka Mthembu. The young woman works in the salon and is a good friend of Hleziphi and Fikile. Also, she was or still married to Sibonelo. Nonka is Njeza and Mbuso’s sister and Lilly’s cousin. Additionally, she is MaDongwe’s niece.

Real Facts About Nonka From Uzalo

Although the Uzalo actress, Mthembu, plays the role of Sibonelo’s wife in Uzalo, she is not yet married in real life. She could probably be single or in a secret relationship since she has not publicly introduced anyone to the world as her boyfriend.

What is Nonka’s real name?

As her real fan, there’s probably some things you did not know about Nonka from Uzalo.Her real name is Thuthuka Mthembu.

Uzalo Teasers Spoilers for the Week of March 1, 2021,Mpambani takes Sibonelo down
Mastermind From Uzalo Profile and Instagram 2021-Ntokozo Dlamini
To Top