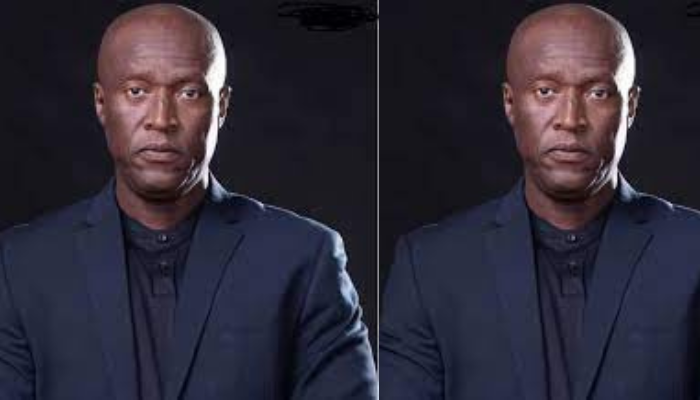 celebioza brings you the Uzalo Teasers in September 2022. Feel free to catch up on your favorite South African Drama TV Shows Today SA Tv. Presenting you with the latest news and Tv episodes free online streaming is what we do.

The Soapie Teasers are provided by TVSA. This article was first published by them. This is what will be happening or What’s coming up on Uzalo this September 2022:

Uzalo initially told the story of two families in the township of Kwa-Mashu: the Mdletshe family, who play a significant role in the management of the Kwamashu Kingdom Church, and the Xulu family who run a car theft syndicate. The connection between the families was that their eldest sons were switched at birth during the period when Nelson Mandela was released from prison. As the show has progressed over the years, the storylines have dramatically changed with interchanging characters, contributing to many new story arcs, but simultaneously maintaining the growth of some of its main and supporting characters.

Coming up on Uzalo in September 2022:

The police go all out but they don’t find what they’re looking for. Nkunzi gets back to his normal self and reminds everyone of who he is. Hleziphi is left stranded while Sbu fears the consequences of his actions.

Gabisile and Nkunzi are failing to bring back the spark in their relationship. Lilly does all she can to find Hleziphi, while Hlelo is frustrated with Sbu.

Nomaswazi encounters setbacks putting together the next job. Nonka realises her involvement with the drug operation. Njeza vows to never to return to Nkunzi.

Njinji’s efforts at reconciliation are met with a cold response from Nomaswazi. Nonka is convinced to plead ‘guilty’. Mbatha uses charm to try and swindle money from Sonto.

Nkunzi has flashbacks of the day he almost died. Nonka feels that her life is ruined. Mbatha wants to market his products on Gabisile’s radio show.

Nkunzi is determined to pick up where Mr. Thwala left off. Nonka drops a bomb on her family. Pope Mbatha is on a new time high after launching his holy products.

Vika has a change of heart with regards to his father. Pastor Gwala’s powerful sermon touches lives and brings hope to the hopeless Nonka’s out there. Sonto is checking out of this relationship and Mbatha is too caught up in his own clouds to see.

Lilly considers cutting ties with someone close to her.

Commissioner Sithole throws a spanner in the Thwala investigation. The Xaba house faces many challenges while Vika’s gift receives a cold reception.

Gabisile is left embarrassed during her live show when the police barge in uninvited. Nosipho finally receives good news. Vika decides to take matters into his own hands when trying to secure his first contract.

Mr Thwala’s murder continues to haunt the Mhlongos as they face Sithole’s wrath. Bab’Nsimbi’s attempt to bring Vika back is unsuccessful. Nonka is crestfallen for not getting the warm welcome she anticipated from the hub.

Nkunzi promises to make it to the gala event come hell or high water, despite his predicament. Nosipho refuses a polite request from Pastor Gwala. Vika and the Councillor reach a compromise after much back and forth while Lilly fights for her transfer.

A desperate Gabisile threatens to blast Commissioner Sithole’s abuse of power on the radio and social media if he doesn’t release Nkunzi but has she succeeded in scaring him off?

Vika gets a major win in KwaDukuza. Lilly might have an alternative to guarantee her transfer to Mpumalanga. Nosipho proves handy with Gwala’s church kids.

A mystery man makes a jaw dropping donation while Gabisile rejects the advances of persistent Mthambisi. Commissioner Sithole tries to intimidate Nkunzi while Nosipho is forced to confess her past indiscretions.

Gabisile is intrigued by Mthambisi Phakathi. Nosipho stands up to Nkunzi. MaDongwe is hurt that Lilly is suddenly leaving.

Nkunzi puts his foot down and gives Nosipho an ultimatum. Gabisile lies to Nkunzi about the call she has just received. MaDongwe tells Lilly what she has been waiting to hear.

Pastor Gwala turns the tables on Nkunzi. Lilly and Amahle prepare for their big move away from KwaMashu.

Gabisile finds herself exposed to the forbidden fruit. Nosipho stands up for herself against Nkunzi. Vika embarks on a new journey.

Gabisile is excited by Mthambisi’s proposal. Commissioner Sithole invites Lilly to be part of an elite task team. Nosipho moves in with Pastor Gwala.

Gabisile’s past comes back to bite her, when she’s forced to partner with a fling. Nosipho is left feeling uncomfortable, knowing a family relative from Pastor Gwala’s life will be paying her a visit. Lilly’s promotion comes at an awkward time.

Episodes of Uzalo air on SABC1 from Mondays to Fridays at 20h30.