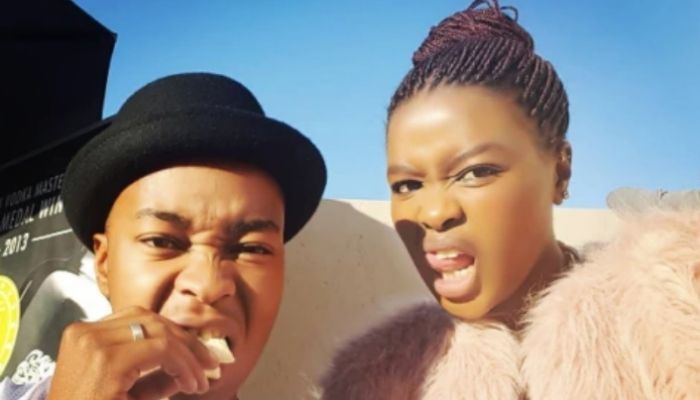 Mpho From Generations and His Beautiful Wife, See Their Pictures Here

You may also like:Glenda From Skeem Saam Is Indeed Gorgeous, Check Her Pictures Here Nathaniel Junior Singo, age is the biggest shocker of all. He plays the role of Mpho Phakade on Generation: The Legacy. On-screen he plays a character who is a teenager and recently failed Matric, but in real life, he is, in fact, a 31-year-old man.

Read also: This Is How Connie Ferguson Pours Her Heart Out As She Settles Into Life Without Shona

Junior Singo is a South African actor currently playing Mpho on Generations The Legacy. Stepping into the limelight at a tender age has many child celebrities swallowed up in the glitz and glamour the fame brings. Most fail to punch above their weight and lose relevance on their way.

Junior has been in a relationship with his gorgeous girlfriend Lusanda Mtongana for a while now. Check out these five times the young couple served major relationship goals on Instagram. Junior and his bae have been together for a few years now and while we post imaginary bae’s as our #MCM’s and #WCW they are always each other’s crush. The couple spends as much time together as they can in between their busy schedules. While Junior is acting and producing music, Lusanda is a Media and PR rep. The two are fond of each other and share romantic photos of them together on Instagram. However, they are yet to get married and make it official. Junior and his girlfriend Lusanda are just so cute. They’re the type of couple that declare their love for each other on the ‘Gram. They’re the “no you hang up first” type of lovers. See how they interact with each other not just in pictures? He also has a daughter – see pictures

The youthful Venda joined the fathers club when his beautiful daughter Ayamah was born. Although there is no information on who Ayamah’s mother is, there is no doubt that the celebrity loves his daughter and is proud of her. #Ayamah reportedly lives with her mother but visits her father every weekend, and they watch animated movies together.

How old is Mpho From Generations?

The actor loves to keep his fans guessing. His stature can have anybody fooled that Junior is a teenager. Maybe it is for this reason that he keeps his age a mystery although most speculate that he is 31 years old.

Junior Singo is a father to a beautiful baby girl Ayamah. Daddy-daughter goals are constantly being served by the actor and his beautiful daughter, Ayamah. Although her mother’s identity is still a mystery, Junior is civil enough to co-parent her daughter with her. It’s hard to imagine the baby-faced actor as a grown man with a young family − especially since he portrays a fresh-faced 16-year-old in one of the country’s most popular soapies. Yet here he is with his six-year-old daughter, a proud doting dad to the little girl. Fans may be surprised at this news.

Continue Reading
You may also like...
Related Topics:Generations The Legacy, Junior Singo, Mpho

This Is How Connie Ferguson Pours Her Heart Out As She Settles Into Life Without Shona
Black Coffee’s Cars and Houses: Latest Pictures in 2021
To Top